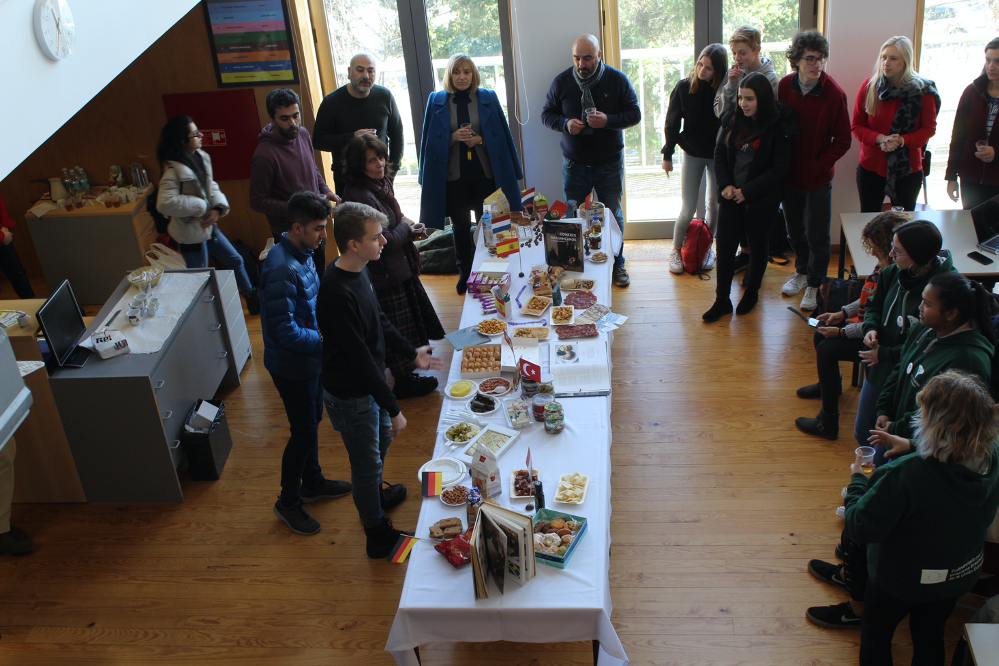 The school IIS Sandro Pertini in Alatri has joined Erasmus projects which give students the opportunity to travel and participate in educational activities in other countries for the purpose of inclusion and sharing.

The Art for inclusion's Sake project plans to carry out activities related to art that allow inclusion with the participation of the following countries: Italy, Portugal, Spain (Tenerife) Netherlands Germany and Turkey.

Following the first mobility of all countries in Italy and the second journey of all countries to Portugal, the young people expressed their thoughts about the elements of equality and diversity of their peers and the cultures of the countries of origin.

The first element of comparison was on the relationship that was born between all the boys participating in the trips; they reflected that the character of the spanish portuguese and dutch boys in both trips was very open, sociable and friendly. While they have seen more discretion in Turkish boys.

During the activities in which the traditions of the various countries were represented, the students of Turkey, however, showed a side of their very hospitable and engaging character because they danced and made the whole group dance with their typical dances and traditional songs.

The dance was also involving by the Spaniards while the Dutch and German group did not present typical dances.

Another element of comparison was the food, having organized a fair of typical products from all countries in both trips: they saw similarities between Italian, Spanish and Portuguese food and appreciated the differences with other countries. In particular, a big difference concerns the Turkish boys who by religion cannot eat pork.

All elements of diversity and equality have been interpreted as enrichment of knowledge and inclusion. 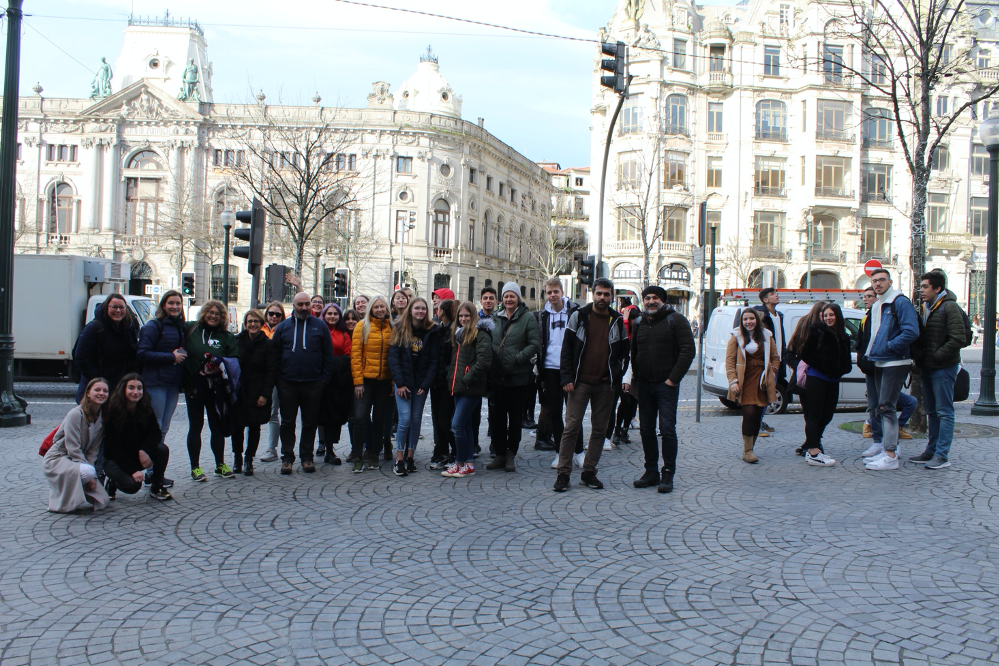 Last January we went to Bragança in Portugal for our first LTT meeting.
We take part to a school project called Art for inclusion’s sake which is an Erasmus + project.

It was an incredible experience for us!

We made new friends, we got in touch with a new culture, we learned a lot about respecting other cultures and people. 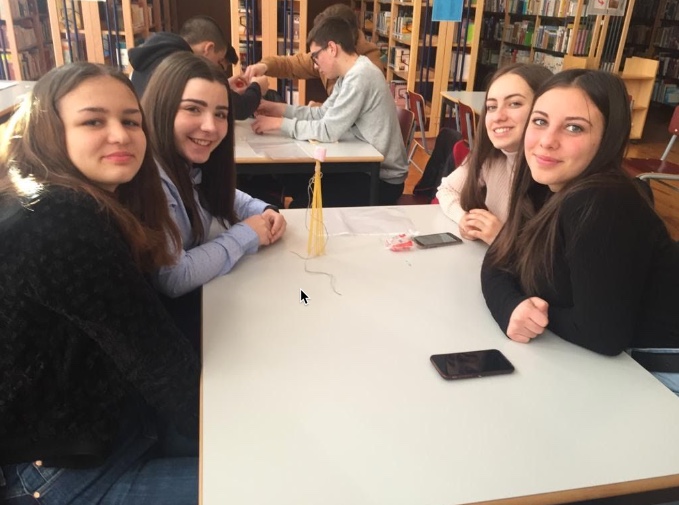 We worked in international teams and learned how to cooperate and respect each other. 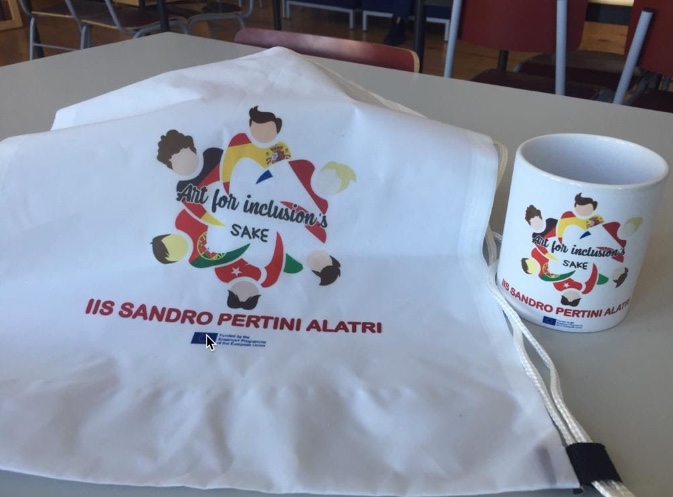 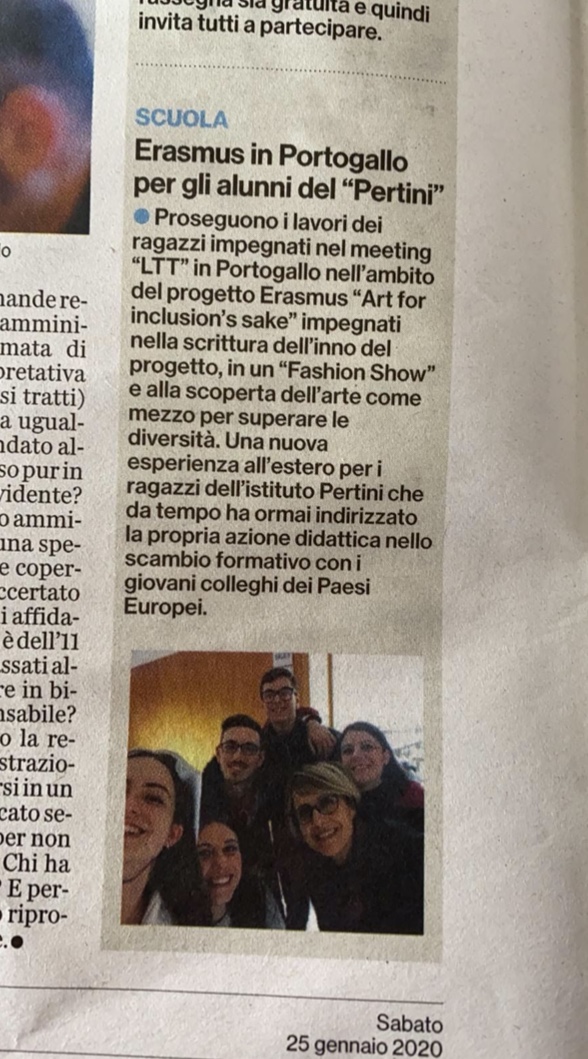 We had a press release to disseminate our project in Italy and inform everybody.

It was just amazing! We visited new places and we spent a day in Oporto and in Madrid! It’s been a unique experience for us all!

We hosted a group of foreign students from Spain, Portugal, Turkey, Germany and the Netherlands from the 17th of November to the 23rd 2019.

It was the first time we hosted someone from abroad in our homes.

At the beginning we felt anxious, scared, excited and curious but in the end we were very sad to say good bye but also very happy for this experience. 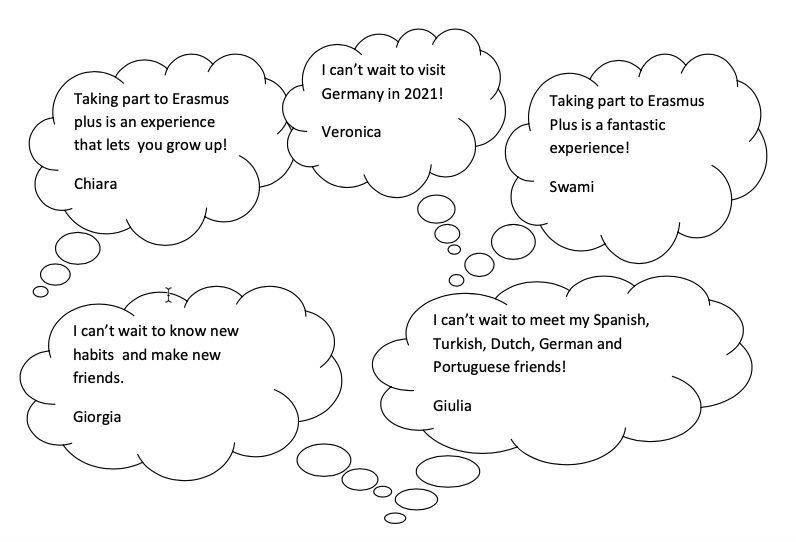